Peter Vitanov: Corruption is a barrier to
Bulgaria’s European future 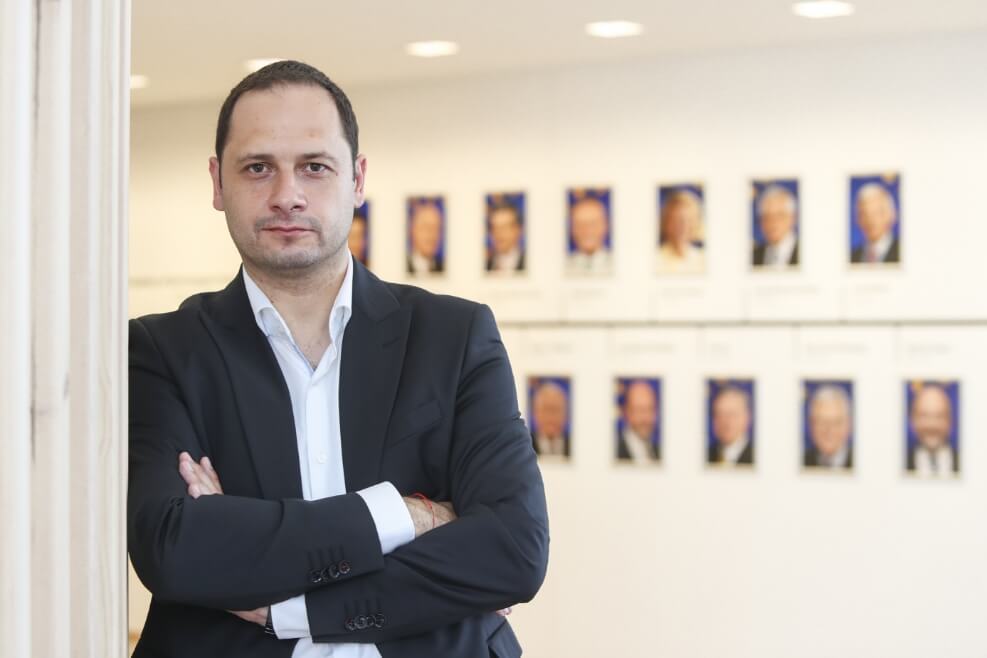 – Mr Vitanov, what was your reaction when you were appointed head of the delegation of Bulgarian
Socialists to the EP?

-In about a week, the European Parliament will start working intensely. What are the priorities of the MEPs of the BSP and what are the main national topics that will guide
their work?

– Our priorities are based on our election platform. We want to see a reformed EU that will embody and identify with the needs of its citizens. The last European elections have shown that Europeans do not have confidence in the traditional parties and institutions of the EU. They seek alternatives and other options, which proves that the majority of citizens on the Old Continent see the EU as something abstract. It is something that they associate only with bureaucracy and clerks, and not with an organisation that will solve their problems. The EU has lost its social face and needs to regain the way it looked in the 70s and 80s. Access to education is hindered for an increasing number of young people. There are enormous disproportions and inequalities not only between member states but also between the regions inside them. Bulgaria is the most affected country by such a policy. Its northwestern region, the poorest in the EU, comes as a proof of that. Above all, we will uphold the policies for social protection of workers, because with the new professions and new forms of employment, these policies are no longer in place. Workers are getting more and more vulnerable and this most of all applies to Bulgaria.

Among the topics of national interest are Bulgaria’s and Romania’s accession to Schengen, reforming the Dublin Regulation, lifting the CVM for our country, and protecting the rights of the transport sector. I am confident that we will join efforts with the colleagues from the other parties to achieve these goals.

– What can be done to make young people return to Bulgaria? How much does it depend on the common policy of the EU?

– Unfortunately, it seems that the EU policies for young people are not very effective. We need to give them a prospect for development in Bulgaria, and not in Europe. This can happen only with coordinated efforts on a national and European level. We need to offer those Bulgarians that are leaving the country
adequate wages in order to make them stay. The resources from the EU funds for the cohesion policy, which are meant to help some regions catch up with the rest, are vital for Bulgaria.

Unfortunately, until now we have not managed to trigger early parliamentary elections. The money we get from Europe is not insufficient but is ineffectively spent. I am confident that only a left government can use those funds expediently.

We will fight for a common mechanism for calculating pensions and a minimum wage. I have to make it clear that we are not talking about making wages equal across member states, but about a model for calculation which will ensure that people’s basic needs are covered. At the moment, 560 BGN push Bulgarian citizens almost to the brink of social poverty. This also applies to pensions, which are so low in Bulgaria that doom our mothers and fathers, grandmothers and grandfathers, to a wretched existence. 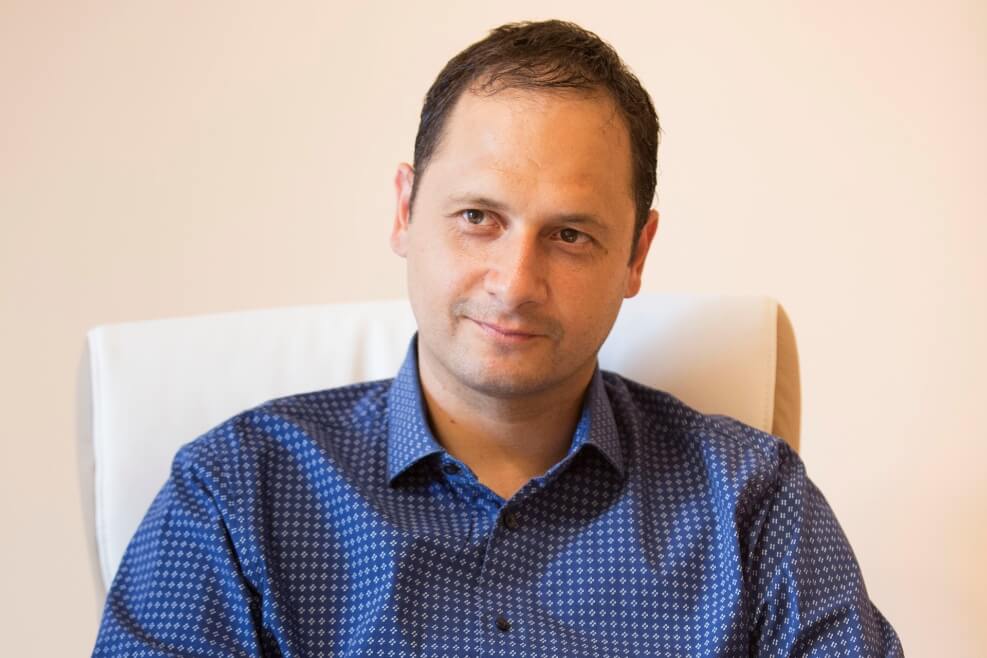 – The EU institutions have already realised that corruption in Bulgaria is of an unprecedented scale. The CVM has not proved to be a working instrument. Should it be lifted?

– I asked Vera Jourova, Commissioner for Justice, Consumers and Gender Equality, about the realistic options for ending the CVM for Bulgaria and Romania. The two countries have been subject to special treatment by the European institutions for too long, and the added value of this is, to put it mildly, doubtful, at least as far as Bulgaria is concerned. The mechanism has turned out to be an ineffective instrument, which, however, is used by some member states as a convenient excuse for not letting Bulgaria and Romania into Schengen.

Monitoring is already becoming counter-productive and has turned into a manifestation of double standards. Local elections are coming up. At the moment, our opponents are nominating candidates who are charged with abuse of EU funds. Instead of punishing them, the authorities do not only conceal their violations, but also legitimise them through nominations. I don’t expect the CVM to be lifted because the Bulgarian authorities are promising our European partners that they will fight corruption, and at the same time, support, for yet another term of office, mayors who have been charged with abuse of EU funds.

Mrs Jourova has told me that the official position of the European Commission is the one expressed by its President Juncker: the goal is to lift the CVM by the end of this Commission’s term, provided that its recommendations have been implemented. And this is unlikely to happen because the government does not have the will to stop corruption. Europe will never forgive us for this. I hope that with Laura Kovesi’s appointment as Chief Prosecutor, we will see the end of the disgraceful practices of bribing, bid rigging in public procurement, and theft in Bulgaria. And those responsible will get the justice they deserve.

– You have warned that many workers in the international transport sector can be left jobless, if the Mobility Package is adopted without amendments to the initial proposal by President Macron.

– Yes, I asked Mrs Sanna Marin, the Finnish Minister of Transport, at the TRAN Committee in Brussels, that Finland should play the role of an honest broker on the Mobility Package. I said that I was concerned that many international transport workers in a number of countries were at risk of losing their jobs because the companies would go bankrupt. These are mainly SMEs or family businesses and the only source of income for many households. I hope that the Finnish Presidency will dispel the fears of Bulgarian citizens that we can be thrown out of the EU’s internal market.

– What in your opinion will happen with Brexit?

– Recently, my feeling has been that in Bulgaria, this issue is no longer among the topical ones for discussion, especially by politicians. It seems that Bulgarian citizens, too, are seriously confused about what is going on and what will come next, including in view of the country’s participation is the European Elections 2019.

Undoubtedly, the coming of Boris Johnson is bringing us closer to a no-deal Brexit. And although Brexit has not effectively taken place, we are already witnessing a number of negative ramifications: the deep divide in the British society, lack of confidence and credibility of the political system, social and economic insecurity, and rising separatist feelings in some parts of Great Britain.

– Local elections are coming up. Why does the BSP have to win more mayors’ seats?

– I firmly believe that only left mayors, who have understanding and attitude to people’s problems, to the poor, and to the young, can help local communities not only survive, but also give their citizens a chance to live and work freely. In the past 10 years some right mayors have plundered the municipalities and implemented policies in the interest of large corporations and companies at the expense of ordinary people.

The BSP has demonstrated that it can offer alternative policies, especially on the level of the local authorities, which are closest to the people. With the Vision for Bulgaria we have shown that there can be an alternative model for governing municipalities. In many places, the left parties have nominated outstanding candidates. It is commendable that young people that are highly educated and qualified to be mayors and municipal councilors are given a chance. 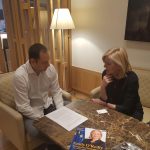 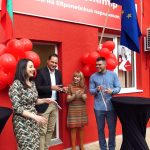